Beginner
Likes 58 58
There are several types of software testing tools for testing different aspects of web applications, including web service, REST application programming interface (API), load, and relational database testing. In this 14-video course, learners can explore types of tools along with examples of popular tools. Begin with an overview of software testing tools for testing web applications, web services, system load, and databases. Observe the Selenium test automation tool and its advantages, and learn about web testing with Selenium. Next, take a look at Katalon Studio and the available web, API, and mobile testing modules, then learn how to record and play back a web test with Katalon Studio. Then discover how to create an API test using Katalon Studio. Learners will explore the SoapUI test tool, its features and benefits, and learn how to perform REST API testing by using SOAPUI. Delve into load testing and tools available to perform it, and how to perform load, stress, and endurance testing with NeoLoad. Learn about relational database testing, and conclude by choosing unit testing tools. 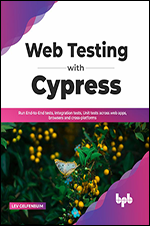